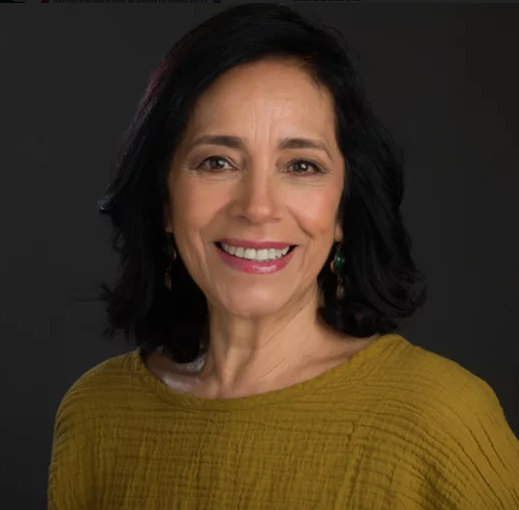 Cora Cardona graduated from the Instituto Nacional de Bellas Artes in Mexico City. She has worked under the direction of Julio Castillo, Alejandro Jodorowsky, Juan José Gurrola, Alice Wilson, Abraham Oceransky and Eduardo Ruiz Saviñón. She studied at the Escuela Internacional de Teatro Latino-Americano in Germany, under the guidance of Osvaldo Dragún. Cardona’s studies also include children’s theatre as a part of Interactors, a company led by Alice Wilson from Zachary Scott Theater Center in Austin Texas.
​
Cora has represented Dallas and Mexico with her directorial work at many International Festivals across Latin American and Europe. She has been recognized by the Dallas Theater Critics as “Best Director,” multiple times over her career. Among other critical accolades, she received the “Best Director Award” from the Dallas Observer for “The Incredible and Sad Story of Candid Eréndira and her Soulless Grandmother” by García Márquez, “Best Festival Play” at the Festival Scénes Hispaniques Contemporaines in Strasbourg, France, and “The Master Mind Award” by the Dallas Observer.  She also was recognized as “Best Promoter of Mexican Theatre in the USA,” by La Asociación de Críticos de México.

Cora Cardona is a prolific teacher having taught acting at Centro Cultural Chalco in Mexico, and at Teatro Dallas for decades. She has taught internationally at the Universidad Central de Ecuador in Quito, La Universidad Cantábrica in Santander, Spain, La Universidad Tecnológica de Barquisimeto in Venezuela, and at ENAT in Mexico City.