Teatro Dallas’ multimedia production based on local poet Mike Soto’s collection A Grave Is Given Supper creates an evocative atmosphere in the center’s courtyard for Soto’s free-verse musings on the impact of the drug trade on Mexicans, including the lovers Consuelo and Topito at the center of the story. 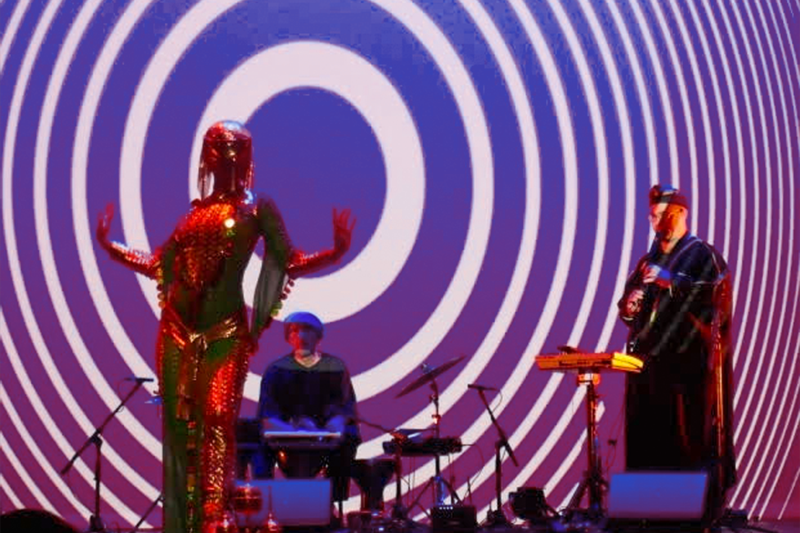 “Go big or go home” could be the tagline of Teatro Dallas’ 19th International Festival. Its two world premieres are collaborative, experimental music-dance pieces still being assembled as we speak. Though she was involved in conceptualizing the heady new works, executive director Sara Cardona has mostly left it to the guest artists to come up with engaging evenings. 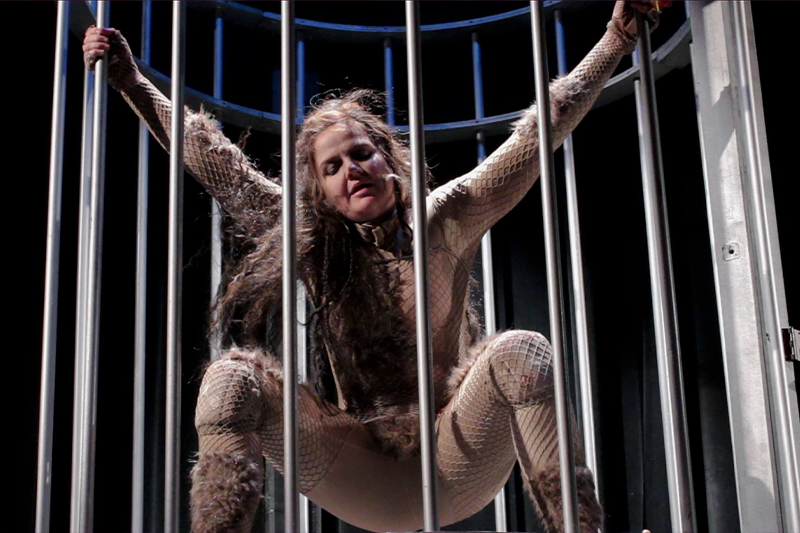 In a strange coincidence, Migdalia Cruz’s Fur is the second show I’ve reviewed for TheaterJones involving a hirsute female sideshow attraction, the first being Amphibian Stage Productions’ 2018 interactive piece Eye of the Beholder about “the ugliest woman in the world,” Julia Pastrana. What’re the odds? But even if they share some common ground, the sickly, darkly comedic love (?) story at the heart of Fur feels worlds apart from the more prosaic tragedy of Pastrana’s life. Directed by Artistic Director Sorany Gutierrez, Teatro Dallas’s production showcases a riveting performance by its lead actress, Lindsay Hayward, who drives the audience from revulsion to attraction and back again as the play plunges toward its bloody and inevitable conclusion, though the decision to strip some of the original dystopian elements from the piece leaves it feeling untethered. 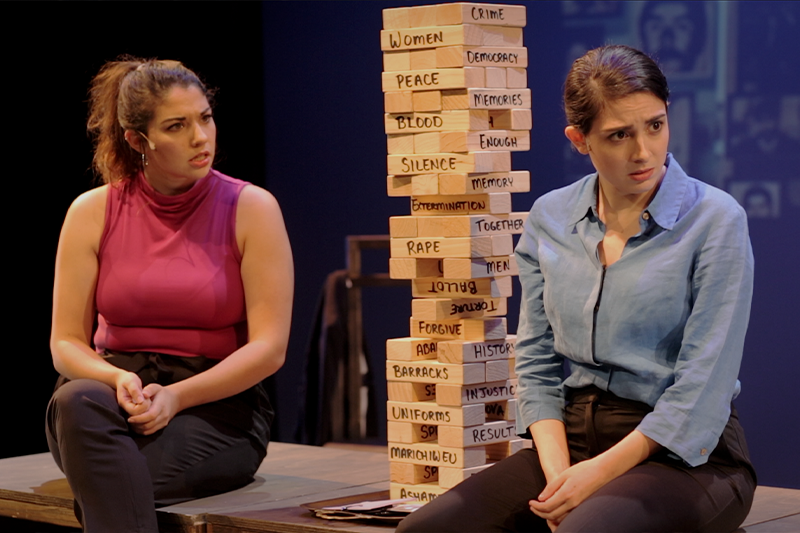 At Teatro Dallas, Guillermo Calderón’s Villa is powerful commentary on how we remember government-sanctioned atrocities.

A regional premiere, Teatro Dallas’ production of Villa by Chilean playwright Guillermo Calderón puts us in the room with three women charged with deciding how future generations will relate to the site of Villa Grimaldi, an infamous detention camp in Santiago, Chile, razed to the ground in an attempt to erase its infamy after the downfall of the Augusto Pinochet dictatorship. 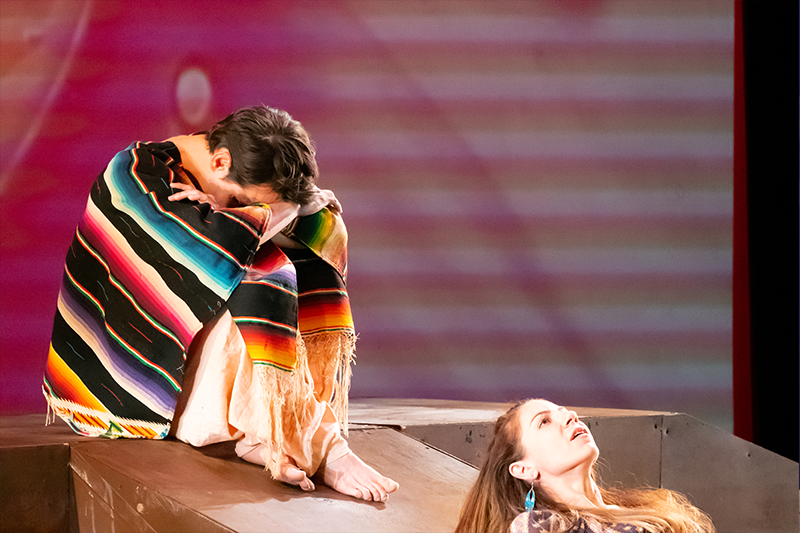 At Teatro Dallas, Cora Cardona’s play 1968 looks at a year of change, from perspectives in the U.S. and Mexico.

Some years furrow in our emotional memories in ways that linger for decades. Teatro Dallas’ world premiere of Cora Cardona’s play 1968, set in that landmark year, focuses on the experiences of one Mexican family, the Saenzes, split between living in Dallas and Mexico City. This concept expands the possibilities of experiencing the historical events from both sides of the border, and from a macro as well as micro historical perspective.

What’s Playing in Dallas? With Streaming, I Could Find Out

Sara Cardona is a visual artist and the new executive director at Teatro Dallas. Her mother, Cora Cardona, started Teatro 35 years ago. As the organization…

Long before painter Frida Kahlo and the Day of the Dead were fixtures in American pop culture, Cora Cardona was producing plays about them in Dallas…

The Teatro Dallas founder on 1968, her new play opening this weekend, plus the theater’s significance and its future…